Everton beat Manchester United 1-0 on Saturday to give their Premier League survival hopes a huge boost and deal a significant blow to the Red Devils’ chances of finishing in the top four.

But United’s season is in danger of imploding — they remain three points behind fourth-placed Tottenham having played a game extra and their bid to qualify for next season’s Champions League looks doomed.

Lampard — celebrating just the third Premier League win since he took charge in late January — said he was proud of his battling team.

“Beautiful football can come later on,” he told BT Sport. “I have ambitions for this club to stay up, play well, but in the position we are in, fighting comes first and foremost.”

The visitors were the first side to threaten against a team desperately short of confidence following a string of disappointing results, including a 3-2 loss to Burnley in midweek.

Everton goalkeeper Jordan Pickford made two fine early saves from Rashford, first keeping out a powerful drive and then scrambling low to his right to save a downward header.

The home side scored against the run of play in the 27th minute.

United lost the ball in midfield and Richarlison, initially forced wide on the left, cut the ball back towards the box, where it fell for Gordon.

The forward struck his shot well but a deflection off England defender Harry Maguire, who has struggled for form this season, left David de Gea stranded.

The goal energised the home crowd and Everton came close to doubling their lead in the 36th minute, when De Gea tipped over a stinging shot from Richarlison.

United had a chance to equalise in the early stages of the second half but Rashford failed to connect with a long pass from Bruno Fernandes.

Victor Lindelof then made a crucial block to deny Gordon a second goal before Richarlison indulged in some ball-juggling with his head as Everton’s confidence grew.

But the visitors could not find a way back despite long phases of possession — with Pickford continuing to impress — and remain stuck in seventh place in the table.

Rangnick has a two-year contract to remain as a consultant at United beyond this season but his temporary stint as manager looks like ending in bitter disappointment as speculation intensifies that Ajax boss Erik ten Hag will be the next permanent boss.

The German bemoaned his side’s lack of cutting edge but said the talk over a new man in the hotseat should not be an excuse.

“We are Manchester United,” he said. “We have lots of international players. There shouldn’t be an alibi. There will be a new manager next season. If this is announced now or in 10 days it shouldn’t have an impact.” 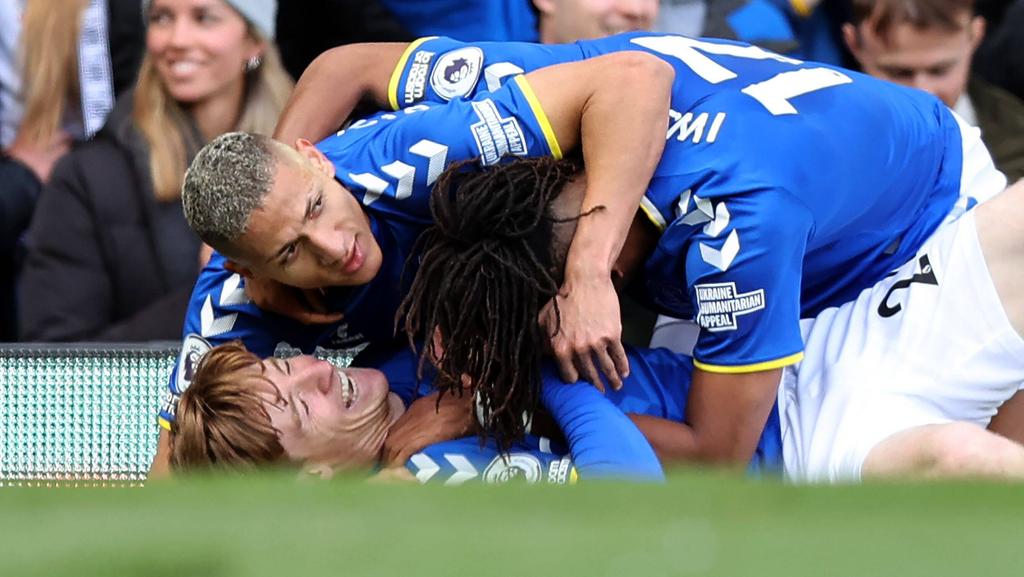