Ragnick was appointed to see the English giants through to the end of the current campaign after the former United striker Ole Gunnar Solskjaer was sacked as manager in November.

The German boss has presided over just one Premier League defeat, although United are still 17 points adrift of Premier League leaders and reigning champions Manchester City.

Europe offers greater prospect of success for the three-time kings of Europe, with United away to Atletico Madrid, themselves struggling to defend their La Liga title, in the first leg of the last 16 of the Champions League on Wednesday.

Midfielder Fernandes pointed to Sunday’s 4-2 win at bitter rivals Leeds as proof that reports of dressing room unrest under Ragnick were misplaced.

“I saw the goal of H (Harry Maguire) and I’m seeing Paul (Pogba) running behind him, sliding on his knees, happy for him,” Fernandes told a pre-match press conference on Tuesday.

“So, I think honestly it’s just people trying to complain and making stories about this club because we know that when someone talk about this club or about some player of this club they go around the world with their voice. For us, it means nothing.”

And the 27-year-old Portugal international added: “Here in this club I never heard someone complain about the tactics and I hope no-one do that because it’s not respectful on the coach’s ideas because I think we have been doing so well since he arrived.

“We have more identity as a team, I think”.

Wednesday’s match takes United goalkeeper David de Gea to former club Atletico. At the other end of the pitch, Fernandes was glad the Red Devils could call on Cristiano Ronaldo’s “smell for the goal” at the Wanda Metropolitano.

No player has appeared more in the Champions League than the 37-year-old Ronaldo, who has five winners’ medals, with the former Real Madrid star long a thorn in the side of Atletico.

“Cristiano has won this competition many times,” said Fernandes of Portuguese compatriot Ronaldo.

Fernandes, however, added: “But it is always the first time for someone that wins, so sometimes it’s about someone (getting) more experience.

“When Cristiano won the first one, he probably was not the most influential player or had more experience in that competition (than others) and he won it anyway, and he helped the team win the Champions League.”

Veteran striker Edinson Cavani will be absent for a fourth straight game, with a groin injury.

“No, Edi will not be able to make the trip,” Ragnick said at the press conference.

Both De Gea and Ronaldo in particular can expect a rough reception from the Atletico crowd, with Ragnick saying: “Some of our players will not be received with a red carpet, obviously. 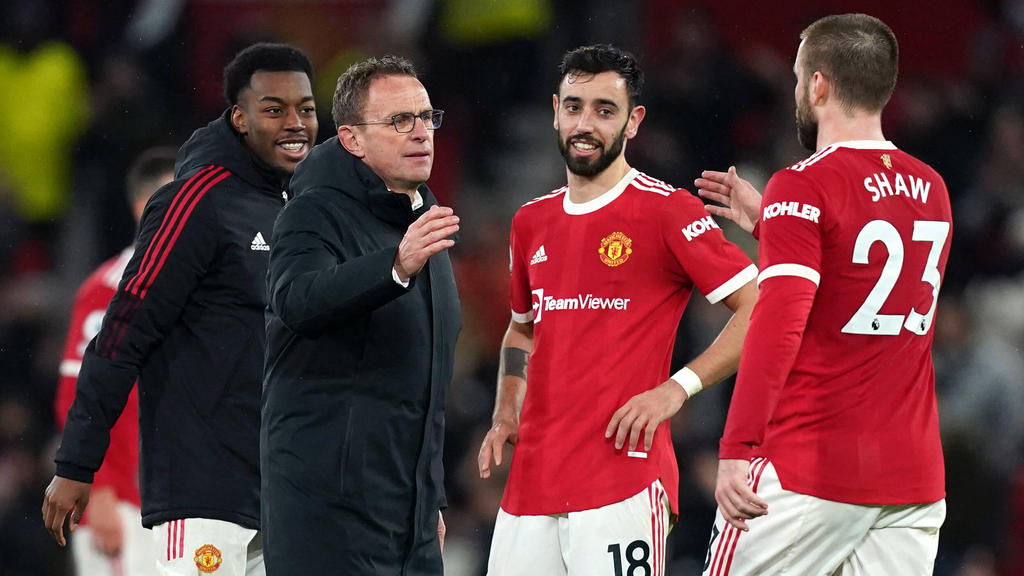 Klopp urges Liverpool not to lash out in revenge at Everton