Tottenham made a winning start to life after Jose Mourinho as Son Heung-min’s last-minute penalty sealed a vital 2-1 victory against Southampton in their first match since withdrawing from the controversial European Super League on Wednesday.

Mourinho was sacked on Monday after 17 turbulent months in charge of the north London club, but his shock exit was overshadowed by the fall-out from the bitter Super League row.

Languishing outside the top four and knocked out of the Europa League by Dinamo Zagreb, Tottenham would have benefitted more than most from the proposed Super League.

But instead they were forced to become one of six Premier League clubs to withdraw from the reviled breakaway tournament on Tuesday after a furious backlash.

Celebrating the Super League’s demise and calling for Tottenham chairman Daniel Levy to quit, a handful of fans gathered outside the stadium holding signs that read: “We said no to Super League” and “Thanks for NO memories. Time to say goodbye. Levy out”.

The Super League was dead in the water just 48 hours after its creation, forcing Tottenham to focus on a more traditional way of making it into Europe’s elite.

Against that backdrop, a win in the first match of the post-Mourinho era was essential and they achieved it thanks to their first recovery from a half-time deficit this season.

Tottenham move into sixth place, two points behind fourth-placed Chelsea, who have a game in hand in the race to qualify for next season’s Champions League.

Mourinho’s failure to lead Tottenham into the top four and a deteriorating relationship with his squad proved his downfall.

The axe fell just six days before Tottenham’s bid to win a first trophy since 2008 against Manchester City in the League Cup final at Wembley on Sunday.

But for now, former Tottenham midfielder Ryan Mason has been placed in charge on a caretaker basis and this was an encouraging start before he has to pit his wits against City boss Pep Guardiola.

Aged just 29, Mason, who has been working in Tottenham’s youth academy, is the youngest boss in Premier League history and the first younger than 30 to manage in the English top flight since QPR’s Frank Sibley in 1977.

“I thought it was fantastic. I’m so proud of the boys,” Mason said.

“Tonight was important for many reasons; a change of manager, a lot has gone on at the club in the last 48 hours. It was important to get back to winning ways.”

Southampton deservedly took the lead in the 30th minute when Ings timed his run perfectly to meet James Ward-Prowse’s corner with a superb glancing header into the far corner.

Tottenham were without England captain Harry Kane after the striker suffered an ankle injury in Friday’s draw at Everton.

In Kane’s absence, Tottenham were toothless in the first half, but they improved after the break.

Bale provided a rare moment of inspiration as he equalised with Tottenham’s first shot on target in the 60th minute.

Pouncing on Lucas Moura’s blocked shot, the Wales forward curled home from an acute angle inside the Southampton area.

A helping hand from VAR set up Son’s winner as Moussa Djenepo’s foul on Harry Winks was upgraded to a penalty after initially being ruled a free-kick just outside the area.

Son made no mistake from the spot to give Tottenham their first win in four games.

Later on Wednesday, leaders Manchester City can move a step closer to a third Premier League title in four seasons if they win at Aston Villa.

Guardiola’s side, knocked out of the FA Cup semi-finals by Chelsea on Saturday, are eight points clear of second placed Manchester United with six games left. 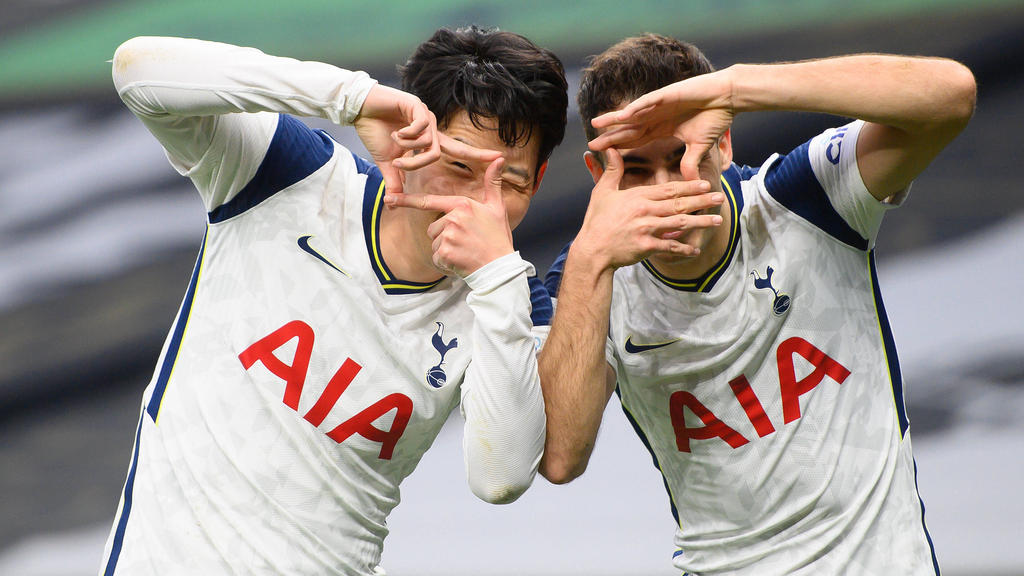