Manchester United are recreating the habit of late winners that could lead to an unexpected Premier League title challenge, according to manager Ole Gunnar Solskjaer.

Marcus Rashford’s deflected strike deep into stoppage time beat Wolves 1-0 on Tuesday to move United up to second and within two points of leaders Liverpool.

After come from behind wins at Brighton and Southampton already this season, United have now won three of their first 15 games of the season in added time, a trait Solskjaer knows well from his playing career at Old Trafford under Alex Ferguson.

“It’s one of the points we brought up early in the season, that we didn’t win many points towards the end of games,” said Solskjaer.

“We have a tradition for it at this club. Obviously we’ve normally got many more supporters helping us to do that.

“Now we’ve won many more points towards the end of games and that’s both a mental aspect and a physical aspect.”

United laboured for long spells against a youthful Wolves side despite having a day’s extra rest than the visitors, who were in action just 48 hours previously against Tottenham.

But Solskjaer described snatching victory from an uninspired performance as a “big step forward” as United beat Wolves for the first time in five meetings between the sides since Nuno Espirito Santo’s men returned to the top flight two-and-a-half-years ago.

“We didn’t perform as well as we want to do but we win a game against a very difficult side to play against,” added Solskjaer.

“We’ve struggled against them, this is the first win in the league. We’ve played them seven times (over the past three seasons) and there has never been many goals in the games.

“This is a big step forward that you don’t perform, but you still win.”

United’s victory continues an excellent run of 23 points from the last possible 27 to mount a title challenge that looked unlikely after winning just two of their opening six league games.

Solskjaer’s men host Aston Villa on New Year’s Day before travelling to face Liverpool on January 17, in a match which could have huge ramifications on the title race.

“We cannot get too far ahead of ourselves,” said Solskjaer. “We’ve got to a decent position at the moment but we are not even halfway, there is a long, long way to go.”

Defeat was harsh on Wolves, who competed manfully given the tight turnaround for two hugely demanding fixtures.

However, the visitors again lacked a goal threat in the absence of Raul Jimenez, who is expected to miss much of the rest of the season due to a fractured skull.

“This is football and a learning process,” said Wolves boss Nuno Espirito Santo. “It’s cruel in the moment but you can’t stay feeling sorry. You have to move forward.”

The last clash between the sides at Old Trafford in February was Bruno Fernandes’s debut for United.

The Portuguese has had a transformative impact on the United’s fortunes, but he could not beat international teammate Patricio with by far the hosts’ best chance of the first-half as he snuck in at the back post to meet Mason Greenwood’s cross.

Solskjaer lauded Edinson Cavani’s predatory instincts on the eve of the game, suggesting the Uruguayan will be handed an extension to his contract for next season.

The 33-year-old did find the net with his only chance 20 minutes from time, but was offside as the ball broke his way from a corner.

Instead it was Rashford who made the telling impact as he raced onto Fernandes’s hopeful long ball over the top.

The England international cut inside, but Patricio looked to have his shot covered until it hit Saiss and flew in at the near post. 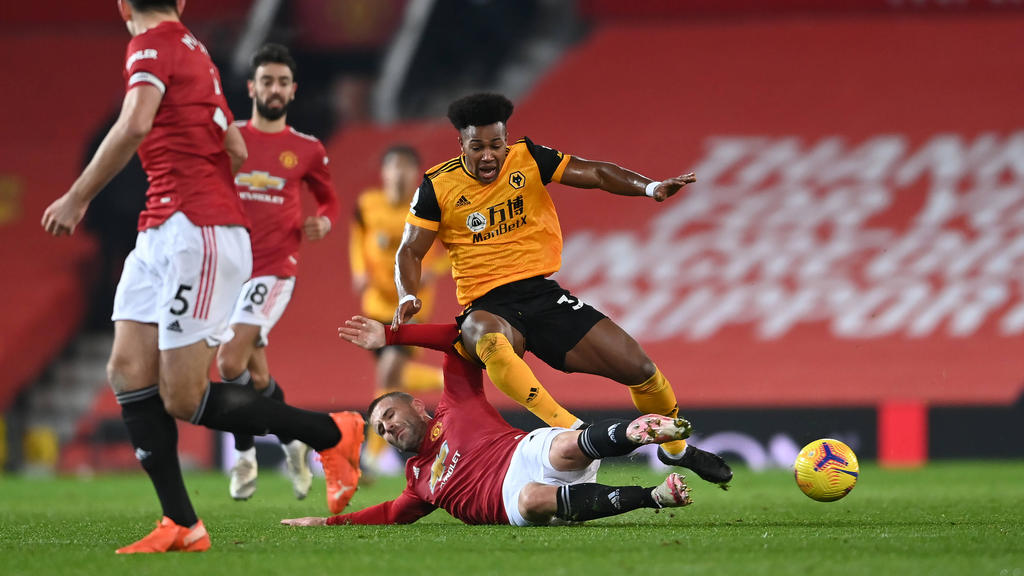